The purpose of the QCESC awards is to pay tribute and recognize Engineering and Science Professionals whose exceptional achievements and outstanding contributions have made a lasting impact on technology, society, and their profession. This includes helping to promote and raise the awareness of STEM (Engineering, Science, Technology, and Mathematics) education and careers in our local communities including in our schools.

Awards will be given out at our Annual Banquet on Thursday, February 22, 2018 at the Putnam Museum. You can register here: Banquet

The 2018 Award nominations are now being accepted for the following awards:

Application for 2018 Awards is ONLINE!

Due Date: All applications must be received by February 7th.

For further information about the QCESC Awards or if you experience any technical problems with your submission, please e-mail Dan D’Alessandro. 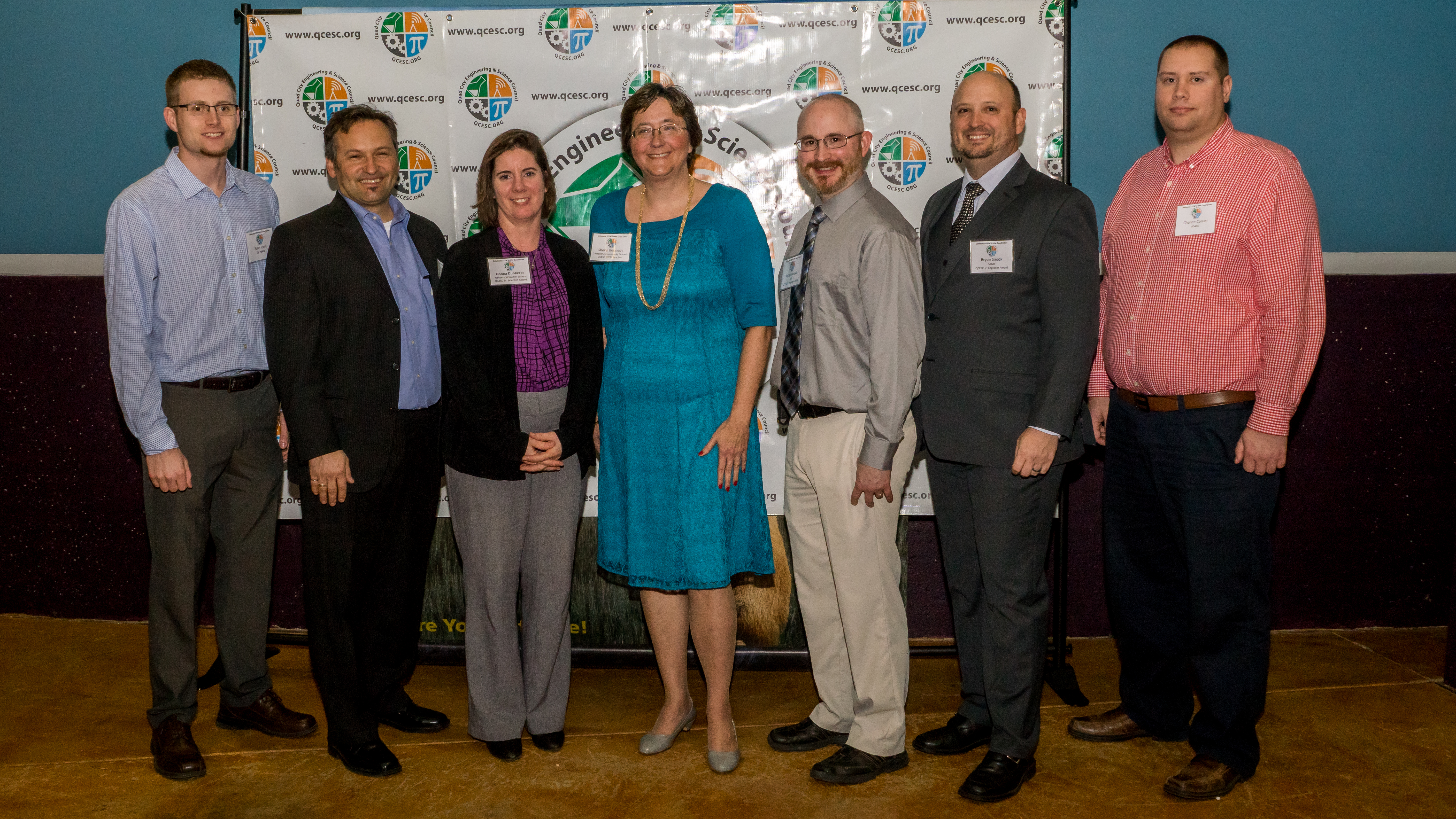 Note: The Junior Scientist of the Year was not awarded in 2017.

The awards were first established in 1966 initially with the Engineer of the Year award. Since then, additional awards have been added including for: